It was enough to enter the network news in Italian by the name of Hypatia of Alexandria combining it with the democratic resistance against the attempt to oust Mohamed Morsi of the Egyptian judiciary of his office, because dozens of views are affacciassero Blog Leo Rugens from Egypt but also from Saudi Arabia, tormented Syria, Palestine struggle, from Jordan.
I am touched and proud on behalf of ipaziani not have betrayed me and that helped me to make this blog, at this time they gave me a great satisfaction.
Dear Egyptians, fighting heroically, that the name of Hypatia of Alexandria protect you and that there is help and lighting in these terrible hours that await you.
May the peace desired by Hypatia, a victim of extremist fanaticism in 415 AD, arrivals and usher in a season of tolerance and arguments between Muslims, Copts, Jews and pagans.
May the memory of the great philosopher, includes the oldest library in the world, help you to resist men who feel entitled by God to oppress others.
Cheers women in Egypt fight, worthy heirs of Hypatia of Alexandria. 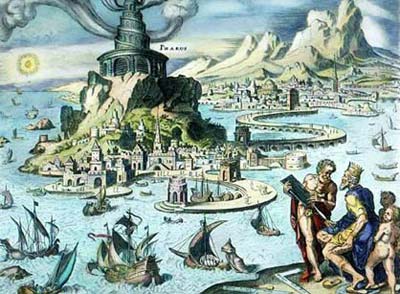 Philisopher and scientist of the IV – V Century A.D.

Hypatia lived in Alexandria of Egypt in the late fourth and the early fifth century (between 370 and 415 A.D). She was introduced to scientific studies by her father Theon. She became a great scholar of mathematics but also a teacher. “She introduced many people to the mathematical sciences”, says Philostorgius, and many other testimonials show us some autographed works, unfortunately now disappeared. Hypatia was able to stand out the most in astronomy.
Philostorgius and Suda inform us about interesting discoveries she made about the movement of the stars, that she made available to her contemporaries with a text she wrote entitled “Canone astronomico”.
Hypatia was a philosopher greatly appreciated, Socrate speaks of her as the third leader of Platonism after Plato and Plotinus.
Damascius explains how she was able to move from mere learning to philosophical wisdom.

Pallada then, in an epigram, weaves one of the most beautiful praises of Hypatia: “When I see you I prostrate myself before you and your words, seeing the astral house of the Virgin, in fact your every act is dedicated to the sky sacred Hypatia, beauty of words, star of the wise culture. ”

In 391, with the third edict of Emperor Theodosius, the persecution against pagan became more intense and many Christians felt themselves authorized to begin the destruction of pagan buildings.

Bishop Theophilus began a campaign of destruction of the temples in Alexandria. The temple of Serapis, greek-egyptian deities which combines Zeus and Osiris, was besieged by the Christians. Bishop Theophilus and the Prefect Evagrius, together with the men of the militar garrison, began the demolition. Bishop Theophilus wanted to set a good example by giving the first blow against the colossal statue of the god Serapis. During the operation of religious repression, the famous library of Alexandria was burned by Christians.

In 412 Cyril took the place of his uncle Theophilus and became Patriarch of Alexandria. Orestes, the prefect of Alexandria had some disagreements with Cyril and was a friend of Hypatia. In the spring of 415 a band of Christian monks seized Hypatia on the street, hit her and dragged her body up in a church where her flesh was torn to pieces with sharp tiles and burned her remains. Some believe that Bishop Cyril was the only responsible for this outrageous act as the Emperor Theodosius II was the minor. Cyril (375-444) was made a saint and in 1882 was declared a doctor of the Catholic Church.

After the murder of Hypatia her students left the city. Alexandria lost much of its role as a cultural center.